Enter Into the Child’s Worldview 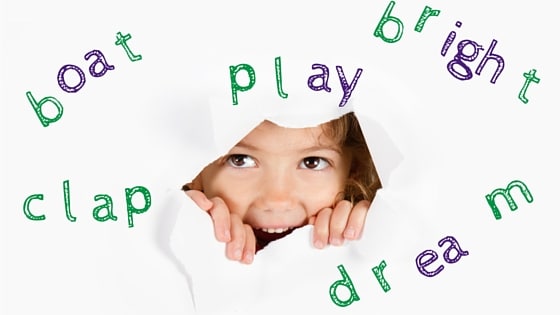 Several months ago I was visiting a preschool classroom and the teacher asked me a question based on her bi-annual PALS assessment. The assessment includes phonological (sound-based language) awareness, letter name, and letter sound knowledge.

She and her co-teacher both observed some quirky responses but didn’t understand the root. She wondered:

Think about the sounds we say when we say the letter name for “y” = /why/. How would you have responded to this teacher? Here’s the route I took:

This scenario reveals a critical problem in the teaching of young children that can be drastically improved if we guide pre-K and early elementary teachers to enter into the child’s worldview.

Pause for a moment and consider what it means that

Several of the children said /w/ for “y”

Both preschool teachers could not reason why they produced this error.

On the other hand, the teachers, as adult readers, had a worldview so centered around letters and letter names that both could not even perceive that the first sound in the name of the letter was what triggered the students’ responses.

Both worldviews are appropriate for their respective stages as readers.

Beginning readers need to especially attend to sounds in words and learn how sounds map onto symbols. This is how our written code works—letters and letter combinations represent sounds in words.

Similarly, mature, adult readers have advanced well beyond this close attention to the sounds in words. They still rely on sound-based decoding to read unusual words, but most of the time they recognize words on sight and when they spell, they often think in letter names.

Nonetheless, this gap in worldviews is a major problem for contemporary beginning reading instruction.

We can begin to resolve the gap between the child and the teacher’s worldviews by moving, as teachers, towards the worldview of the child:

Think about the sounds in words.

Throw out your thinking of letter names and perceive, again, the sounds that you hear in words. Read a sentence in a children’s book and think about the sounds in each word:

What sounds make up the words “I’m” and “going?”

Ever stopped to think about the /ng/ sound?  Try saying it aloud.  It kinda comes through your nose.  !!

If hearing the individual sounds in each word like this doesn’t come naturally to you, challenge yourself to think more about it in the next few days.  Hear a word and ponder its individual sounds. For example, what are the sounds in the word, “though”?

A Quick Solution: Manipulatives by Letter-Sound

One of the best ways in our classrooms to enter into the child’s worldview and attend better to the sounds in words is to use manipulatives that stress the sound and not the letter name. Thus, use tiles, card squares, or special color to show that each sound is a separate entity.

We have scoured the world of reading programs and manipulatives and the vast majority treat sounds and letters erratically.

Some sounds are accurately perceived as one unit as in “sh” on one tile. But then the same company will put “bl” on one tile as well, even though it is two sounds.  This type of company is living in the adult, letter-name focused world and that shows up in their lack of consistency.

Enter into the child’s world of sound, instead.

Here are some visuals to show a variety ways of representing sounds rather than letters (including the non-example of “blah”): 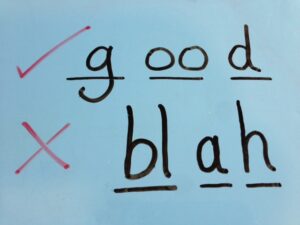 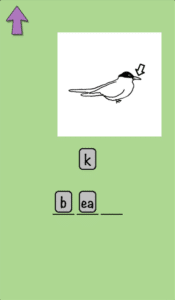 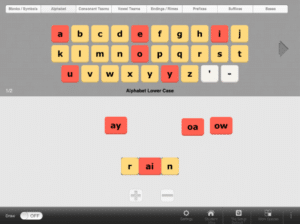 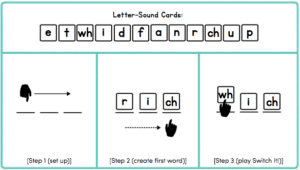 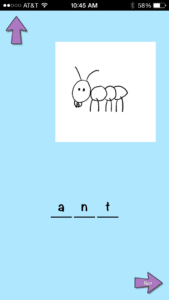 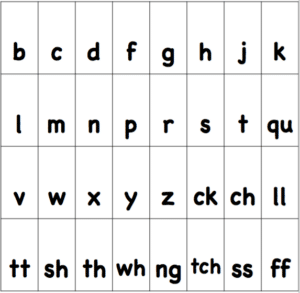 Also, especially for children first learning the ins and outs of our code, we often use texts that have been coded, as in the example from our “My Dog Nick” passage below.  The “th” in “this, “the “ck” in “black” and “Nick” and the “oo” in “good” are bolded to show the young reader that those letter-sounds combinations represent one sound.  Children don’t need this scaffold for long; however, it is helpful for the first few weeks (sometimes months) to help them recognize more of the 250 letter-sound combinations 😮 our English code has. 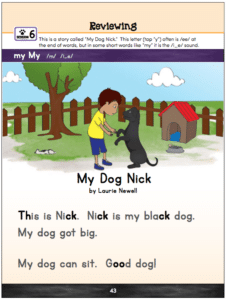 Finally, besides the 3-D manipulatives you use, also be wary of the digital reading tools your students use for learning how to decode. So many of them ignore or misunderstand the sound-driven logic of English.

And please let us know:

What trips you up when you move from the adult letter-bound world to the child’s sound-driven world?

Thanks for joining in the conversation in the comments below!

12 thoughts on “Enter Into the Child’s Worldview”

Level Up Your Readers' Achievement in the Next 5 Days --Join our FREE challenge here!